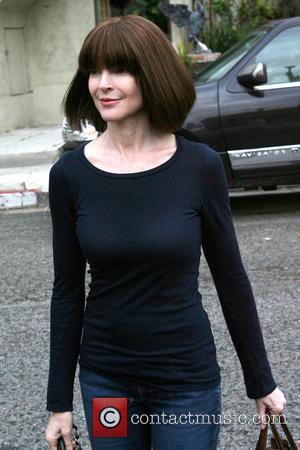 Desperate Housewives actress Dana Delany does not worry about staying thin - because she has seen her skinny co-stars become hung up on losing weight.
The actress appeared in the fourth season of the ABC show last summer (Aug07) and has now become a regular character in season five.
And Delany admits that when she first joined the cast, she was taken aside by one of the wardrobe designers and warned not to fall prey to the pressure of staying slim, like other actresses in the series.
She says, "When the costume designer said to me, 'Don't get the Desperate Housewives disease' I didn't know what it was. But she said everyone loses so much weight when they come on the show. There is an unspoken competitive weightloss thing. Even the actress who plays my daughter lost 10 pounds."
But the star insists that she didn't fall prey to the "disease" and actually gained weight during her stint on set.
And she admits there is only one star in the show who doesn't struggle with her weight. She adds, "I've known Teri Hatcher for years and she has always been a naturally skinny girl."