Dervla Kirwan And Rupert Penry-jones To Reunite On Stage 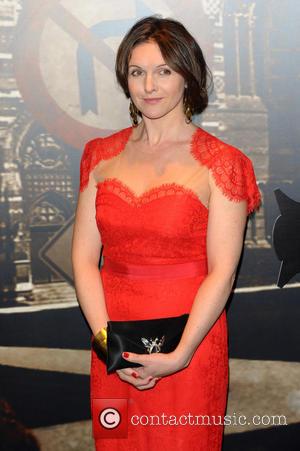 Irish actress Dervla Kirwan is set for a theatre reunion with husband Rupert Penry-Jones 13 years after they fell in love on the stage.

Kirwan and the Spooks actor first met while starring in J.B. Priestley's play Dangerous Corner in 2001, and they went on to marry and become parents to two children.

The couple is now set to tread the boards together again at a fundraising event for the charity Hostage Uk and Save the Children's Syria Appeal. They will appear in a production called Making Light which will be staged at Bedales School's Olivier Theatre in Hampshire, England.

Kirwan tells Britain's Daily Mail newspaper, "It will be lovely to work together again... It's (the production) not long, but it's beautiful."

The former Ballykissangel actress and Penry-Jones, who married in 2007, also co-starred in 2005 Tv series Casanova but did not share any scenes.

Dervla Kirwan And Rupert Penry-jones To Reunite On Stage