He had no control over this one, we think...

Picture: Derren Brown on stage at the Shaftesbury Theatre ahead of the press night for his show 'Derren Brown: Svengali' London, England - 09.06.11

Derren Brown has seen many things, so he’s a pretty difficult guy to shock. He’s also convinced someone that they were in the middle of a zombie apocalypse – and this was supposed to be a simple stage show at the Palace Theatre in London’s West End. Until a man fell from the top tier… We say fell, but he was pushed by his wife as a joke.

According to The Sun - (subcription required) - he fell 15ft of the 45ft drop before he managed to cling on to a lighting rig for dear life. A few people then ran to his rescue, pulling him to safety. And master hypnotist Brown was just watching this unfold from the comfort of his stage.

After his show, he tweeted: "Tonight a woman pushed her hubby as a joke from the front of the balcony. He fell and caught the upper circle on the way down, and was hanging from it. He's fine, but what a finale. Sending best thoughts to him & wife, terrifying."

The Palace Theatre warns guests on its website not to sit in the highest tier if they are scared of heights or have limited mobility, but they don’t seem to say anything about wives pushing their husbands from great heights for ‘a joke’.

Audience member Rob Millwood told the Sun: "He hit the lights and grabbed the bar with one arm. Three or four guys ran down the steps and pulled him back. A few inches to one side and there would have been nothing to break the fall." 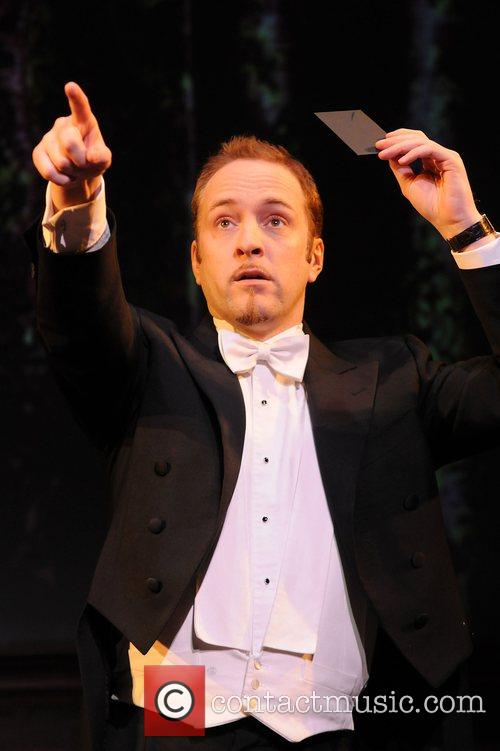 'Is that? Oh dear, it is' - Brown spotted the man fall from the stage