Wogan recently had back surgery and has been ordered to rest by doctors, but O'Leary will be filling in for him.

Veteran BBC presenter Sir Terry Wogan has announced that he’ll be forced to miss out on hosting ‘Children In Need’ tonight, and has been replaced with former ‘X Factor’ presenter Dermot O’Leary.

Wogan is one of the network’s most established stars, and has been the face of the annual telethon broadcast since it started in 1980. However, the BBC confirmed on Thursday night (November 12th), less than a day before the broadcast, that the 77 year old has been ordered to rest by doctors after undergoing a medical procedure on his back this week, and will therefore not be able to take part in the six-and-a-half hour programme. 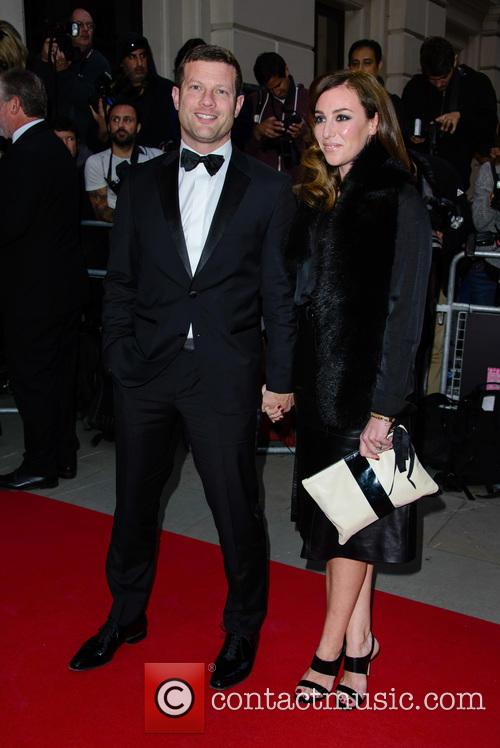 Dermot O'Leary, pictured with his wife, will be filling in for Sir Terry Wogan on 'Children In Need' 2015

“I'm going to miss our wonderful, inspiring evening together,” Wogan said in a statement, “but I'll be with you, watching, cheering and donating.”

O’Leary will now be fronting the broadcast, which runs initially from 7:30pm to 10pm on BBC One tonight, and will be alongside a rotating cast of guest co-presenters including Nick Grimshaw, Tess Daly, Fearne Cotton and Rochelle Humes.

More: Are Fearne Cotton and Dermot O’Leary set to bring back ‘Top of the Pops’ to Friday nights?

The BBC Radio 2 presenter, who took part in a 24-hour dance marathon for Comic Relief earlier this year, was flattered to be trusted with such a huge responsibility at the last minute.

“It’s a huge honour to be asked to step into Sir Terry’s shoes tonight; he is one of my broadcasting heroes and has been a source of support for me down the years,” he said.

“I'd like to add my best wishes to Sir Terry for a speedy recovery, and I hope I do him justice and do my small part to make the night a success and make as much money as we can for disadvantaged children across the country.”

This year’s show is set to feature a special Star Wars sketch, put together by actor Warwick Davis (who actually appeared in the original movies, don’t forget…) and set to feature Martin Freeman, David Tennant and One Direction.