Sir Derek Jacobi is to portray playwright George Bernard Shaw in a new movie about his disastrous trip to Hollywood in the 1930s. 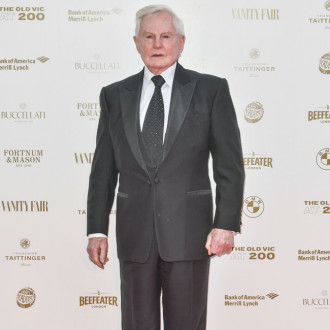 The 83-year old actor will be joined by Dame Eileen Atkins – who will star as the playwright's wife and key collaborator Charlotte – in the movie 'Mr Shaw Goes To Hollywood', which charts the couple's journey to Los Angeles as they hoped to sell the screen rights to his play 'Pygmalion'.

Shaw thought he had landed in a strange world and fled Hollywood in horror. He ended making the film several years later in England – as it featured British stars including Leslie Howard and Wendy Hiller.

Following Shaw's death in 1950, Warner Bros. adapted the play into the musical film 'My Fair Lady', which was released in 1964.

Simon Callow has been tapped to direct the project that is based on Mark Saltzman's play that imagines the difficulties that Shaw and his wife endured when they travelled to the US in 1933 and met MGM studio titan Louis B. Mayer and Hollywood legend Clark Gable.

Dustin Hoffman and Aidan Turner have been cast as Mayer and Gable respectively.

Derek is also set to star in the film 'Lead Heads', which is described as a "drama about greed and the repercussions it has on the soul".

'Lead Heads' centres on "a group of men, strangers to one another but all corrupted by greed, who, in their desperation, are drawn together for one night to play a game that may cost them both their souls and lives".

The script has been written by Patrick Makin with Lawrence Steven Meyers, Randy Dannenberg and John Evangelides.

Jacobi To Return To King Lear Tour After Losing His Voice