Depeche Mode offer up their thoughts on The Brits

When you’ve got the kind of international clout that Depeche Mode have, you can pretty much say what you want. And, like some maverick actor, uneasy with The Ocscars, Mode have told The Brits where they can stick it.

“Let me tell you a story,” begins singer Dave Gahan, the Contact Music gang huddled round the fire forgetting our marshmallows are burning. “I will probably get someone in trouble, but we were told we were getting a new award this year. Most Influential Band In The Last 20 Years or something? Basically the old bastard, Lifetime Achievement Award — and we said, ‘Yes that’s cool.’ Then we heard through the grapevine ITV wouldn’t broadcast our segment. So we said, ‘If they won’t play us on air, then we’re not going to be their most influential band.” Not many bands can just blow off one of the biggest award ceremonies in Britain, but they can. “How many other bands have had as many hits as us worldwide and been around for as long? F*** them then and b****cks to it,” he adds, emphatically. 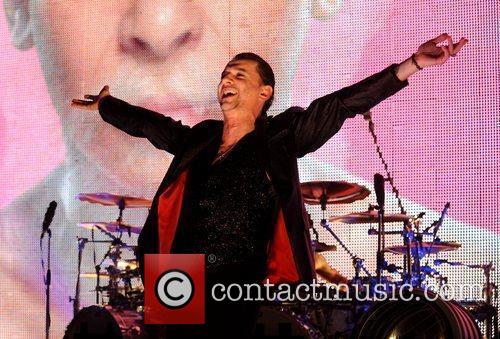 Gahan - giving the fans what they want

Heaven, the band’s lead single from their upcoming thirteenth studio album Delta Machine has been received extremely well, with fans and critics alike declaring ‘they’ve still got it.’ “We bands always say this one’s good when we put a record out,” says Gahan on the single. “But I knew this really was when I was writing and demoing songs in my little studio.”