Depeche Mode To Follow Up SXSW With Fall US Tour

All the hail the ‘Mode! That’s right, Depeche Mode, the multi-million selling and, recently, credibility-gaining synth-rock group have announced a new tour of the US for the summer and autumn, with their much-hyped appearance at this year’s SXSW just round the corner.

The group will kick off proceedings on August 22, 2013 in Detroit, to start a mighty 19 date-long tour that will run on until October 8th in Phoenix. In a statement, the band’s Dave Gahan said "I'm really looking forward to getting out there and performing. There are so many die hard Depeche Mode fans who have been with us every step of this journey that I can't wait to see.” The tour is in support of the group’s forthcoming studio LP Delta Machine, and Gahan commented “I also hope that we gain some new fans with the release of Delta Machine, and I look forward to exposing them to a great Depeche Mode live performance.” 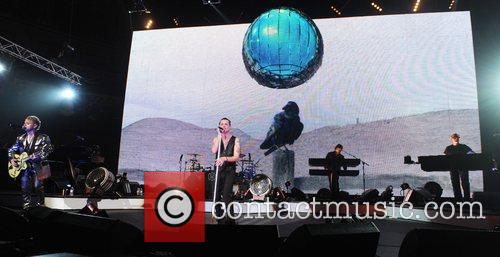 Depeche Mode will tackle the US starting in August

Martin Gore added, "I enjoy being in front of an audience because our songs really take on a life of their own when performed live. When we're performing, the stage almost becomes a mirror for the people who have been there since the beginning, and we become a reflection of our audience. I'm looking forward to this tour for that very reason." The group first play SXSW this Friday, March 15th.