Depeche Mode feel snubbed by the BRIT Awards, after not being offered the Outstanding Contribution award. 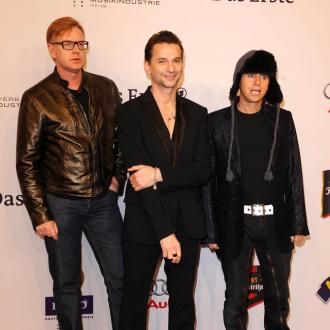 The electronic music pioneers believe they deserve the Outstanding Contribution award for conquering America and selling over 100 million records in their 30 year career, but are upset after the category was been scrapped in 2013.

Synth player Andrew Fletcher said: ''We'd like to be offered, though whether we'd accept it is another thing.

''In 2011 the BRITs didn't have an Outstanding Achievement award either.

''Quite a lot of people who previously won it said we should have got it.

''I don't know why we don't get considered. But we have a lot of fans here still, so we can't complain too much.''

The Outstanding Achievement award has previously been won by Blur, Robbie Williams, Pet Shop Boys, Sir Paul McCartney and Oasis, among others, but has been dropped this year in favour of a Special Recognition award, which will be given to charity War Child.

Depeche Mode are preparing their 13th studio album for release in March and liken its sound to 1990 career highlight 'Violator'.

Andrew added: ''The music has a similar vibe to 'Violator'. A new guy we worked with on this album is Christopher Berg. He's a young Swedish kid, brilliant programmer and musician.''