Depeche Mode's seventh studio album, 'Violator', is a revelatory joy produced by a band at their creative best.

Depeche Mode's seventh studio album was a game changer for the band, not only in terms of how they went about recording it, but also how it would position them as a global band. The Essex boys from Basildon had been making music for a decade when they set about recording Violator, their pivotal album of 1990. Ever since their breakthrough album of 1981, Speak And Spell, Depeche Mode had, according to 1982 recruit Alan Wilder, been making their albums following a very similar sequence on each occasion. For Violator, and to mark the dawning of a new decade, Depeche Mode decided to do change things up. There was less preparation, fewer preconceived ideas and more spontaneity. 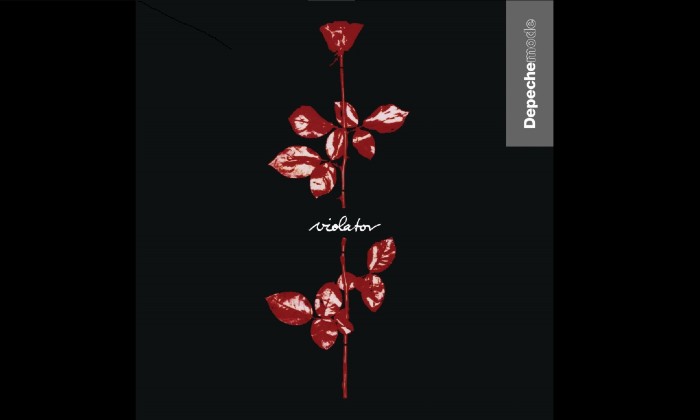 Linchpin of the band, Martin Gore said, "Over the last five years I think we'd perfected a formula. We decided that our first record of the '90s ought to be different." Different it was, and so too were the results of that difference. Violator gave rise to four huge singles, one of which, Enjoy Silence gave them a number one in many countries around the world including Denmark and Poland. The album enjoyed massive success topping out at number one in Greece, Spain, France and Belgium as well as reaching number two in the UK. Significantly Violator also reached number seven in the US on the main Billboard chart, their previous album, Music For The Masses, had only managed to peak at number 35 with a quite lowly year end position of 90th.

Violator was preceded by two of the four singles. The lead track from the album, Personal Jesus, was released nearly seven months prior to the album in August of 1989. (To put this into some context, Jive Bunny were at number one with 'Swing The Mood')

Personal Jesus is not only one of Depeche Mode's most successful and enduring songs it is also one of their most covered. Everyone from the now disgraced shock-rocker Marilyn Manson through to the 'Man In Black' himself, Johnny Cash, have given their own unique take on this track. The inherent quality of the song writing and the hooks and melodies that are present within the composition lend itself to interpretation. The brilliant, infectious opening bars of this track grab you from the off, you can't help but be drawn in by them.

The band's second single from Violator was arguably bigger than the first and has been covered by just as many artists, including Tori Amos, Keane and.... Su-Bo! Enjoy The Silence may not have the immediacy of Personal Jesus but it is a classic Depeche Mode song. The moody and more gothically charged nature of the band's music comes to the fore on Enjoy The Silence helping to reposition the band and open up a wider market.

World In My Eyes, the final single lifted from the album, and Policy Of Truth, the band's May single, further cemented the shift in sound that Depeche Mode had delivered on Violator. Music For The Masses had set the ground work for the band to shift up a gear and embrace a new era of success. They had already started to attract a bigger audience and were opening up possibilities in numerous new territories and with the release of their seventh album they were able to capitalise on those opportunities.

Depeche Mode's nine track album gave up four singles but delivered up an entire record of individually creative songs. From the string arrangements on Sweetest Perfection, through to the elegantly warped electro loops of Halo and the sci-fi brilliance of the close out track Clean, Violator is a revelatory joy produced by a band at their creative best.