Daniel Rossen may be better known these days as one quarter of Brooklyn experimental folk rock outfit Grizzly Bear, but ten years ago he was already sketching out his future plans as a songwriter and musician in Department Of Eagles. The duo, Rossen and fellow New York University student Fred Nicolaus, formed initially as a leisure time project that eventually spawned two long players, 'The Cold Nose' in 2005 and 'In Ear Park' three years later. While it would be unfair - particularly on Nicolaus - to judge either as prototype practice runs for 'Veckatimest', the 2008 opus undoubtedly responsible for Grizzly Bear's current status as critics' pets, there's no mistaking some of the arrangements came from the same melting pot of ideas, especially when one considers fellow Grizzly Chris Taylor contributed both production and engineering duties. 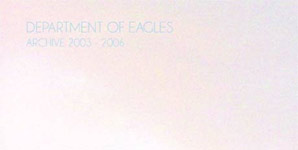 Review of Department of Eagles album In Ear Park. 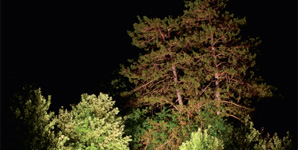