'The Equalizer' Takes A New Approach To The Remake

With remakes and reboots dominating the Hollywood landscape at the moment, The Equalizer has found a new and interesting way to recreate the source material.

It's hardly surprising that filmmakers raised on TV series in the 1980s are now turning them into movies. Some of these end up as faithful adaptations (Miami Vice, The Dukes of Hazzard), while others take a more knowingly pastiche approach (Charlie's Angels, 21 Jump Street). What we haven't seen before is a film that only takes the barest hint of an idea to make a very different kind of movie. But that's exactly what's happened with The Equalizer. 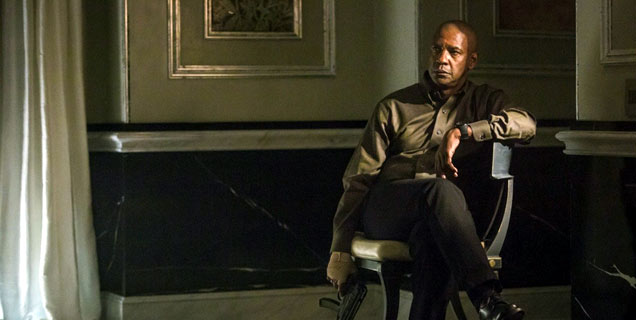 Robert McCall is played by Denzel Washington in this new film

The television series ran for four seasons from 1985 to 1989, starring British actor Edward Woodward as retired intelligence officer Robert McCall, who quietly goes about helping people who are in trouble. The show's theme centres on McCall's efforts to atone for his violent past by doing good in his golden years, mainly working as an investigator or bodyguard who takes on drug dealers, murderers, rapists and kidnappers.

More: Watch the trailer for The Equalizer

By contrast, Robert McCall is played in this new film by Denzel Washington. He's also a retired agent, but his predilection for violence is just a bit more pronounced as he ruthlessly tortures and kills everyone in his path as he fights to help a teenage prostitute (Chloe Grace Moretz) escape from her cruel pimp. In the process, McCall takes down the Russian mob and cleans up Boston's corrupt police department.

More: Read our review for The Equalizer

Yes, this film has a lot more in common with director Antoine Fuqua's over-serious thrillers like Olympus Has Fallen, Brooklyn's Finest, Shooter and of course Training Day, for which Washington won the 2001 Best Actor Oscar. But while the TV show's violence felt regretfully necessary, Fuqua's films offer a strikingly different vision, as brutality becomes a catharsis leading to some sort of redemption. In other words, aside from a couple of similarities, this isn't The Equalizer at all.