Denzel Washington Struggles To Keep His Weight In Line

Denzel Washington has professed a strong love for ice-cream, much to the detriment of his weight. 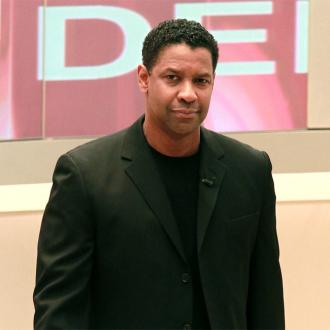 Denzel Washington has admitted that he has difficulty keeping his weight under control, mainly due to his love of ice-cream. The 58-year-old has revealed a strong sweet-tooth, but his real guilty pleasure is Häagen-Dazs, despite its massive calorie count. He attributes his fluctuating weight to the ice-cream.

Washington appeared on 'The Late Show with David Letterman' on 29th July, 2013, revealing that: ''Actually at one point I got to 247 lbs. I was directing a movie and I was editing the film so I was very nervous about it and I'm in the dark in the editing room for five or six months and I'm just eating.'' Washington is set to appear in '2 GUNS' opposite Mark Wahlberg, for which he had to get back into shape for all of the stunts in the movie. He reveals, however, that there is now quick way to get fit.

Letterman asked him how he lost weight for the film, to which Washington responded: ''There's no easy way, you just work out but I'm not going back there.'' Washington had been a regular member of a boxing club, landing the role of a pugilist in 'The Hurricane'. But after suffering from headaches in preparation for the film, he quit the sport and refuses to look back.

The 'American Gangster' star referred back, saying: ''I remember I was with Michael Spinks, the ex-light-heavyweight champ. I was preparing for the film 'The Hurricane' and we were actually sparring, not me and Spinks but me and another guy ... and I started getting a little slower and headaches and I said to Michael, 'I'm starting to get headaches,' and he said, 'Oh you'll get used to that.' And that's when I stopped. I don't want to get used to that.''