Denzel Washington Made Actress Daughter Audition For Him 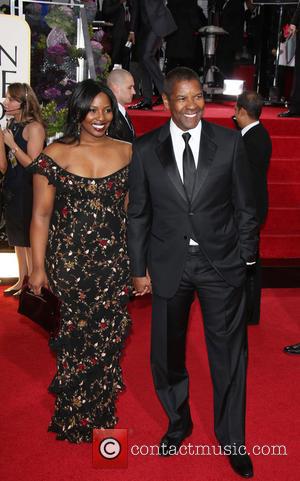 Denzel Washington once made his wannabe actress daughter 'audition' for him to see if she had what it takes to make it in Hollywood.

Washington ordered his daughter Olivia to act out two dramatic pieces for him, and admits he would have discouraged her from pursuing her dreams if she lacked talent.

He tells Britain's Seven magazine, "In her senior year at high school she was working on her audition and LaTanya Richardson, who is Sam Jackson's wife and a brilliant actress in her own right, was working with her, and I said, 'All right, Olivia, I want to see your two pieces.' She went all dramatic and said, 'Oh dad!' And I said, 'Come on now. Nobody's going to be tougher than me. I'm going to tell you the truth because I'd rather you'd be a little hurt if you don't have what it takes than have a lifetime of pain.'

"She did the two pieces and right away I said do them again. She did them again and I said, 'Ok. Here's the bad news. This is one of the toughest professions you're ever going to try to do. But you are very good and you have what it takes.'

"I would never have said that if I hadn't meant it. I put on my director's hat and watched a young actor audition. And she was good."

The 21 year old is now studying the craft at New York University, and recently landed a small part in her first film.