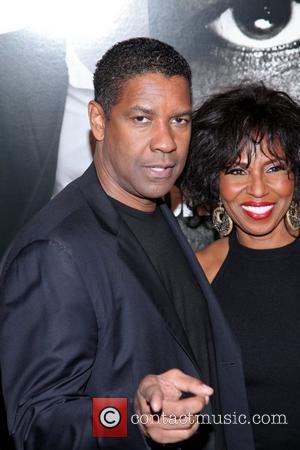 Denzel Washington hired New York City Mayor Michael Bloomberg's top speechwriter to help him compose a proper college commencement address - because he was too nervous to put his thoughts together.
The Training Day star was selected to deliver an honorary graduation speech at his son Malcolm's University of Pennsylvania last May (11) and Washington confesses he was so daunted by the task, he commissioned the politician's right-hand man for the project to help ease his stress.
He says, "First of all, I'm in South Africa (filming a movie) and I'm putting my ideas together, I'm really working hard, then I realise I'm not really a speechmaker. I didn't know how to put it together. So actually my young agent said, 'Hey, you need a speechwriter.' So I actually got the guy who writes speeches for Mayor Bloomberg.
"What you do is you get on the phone with him and we talk for hours and hours and he gets a sense for what I wanted to talk about. And then he would write something and I would read it, then you would talk some more, and I would come up with something."
And when the time came to take to the podium, the actor reveals he was glad he had some guidance.
He adds, "I talked about my life and I talked about failing big and falling forward... I think it was alright. I was nervous. I'm an actor, I'm not a public speaker, I didn't have character to hide behind. It seemed like it went over well. They said it was well-received. I guess what else are they gonna say? 'You suck, we'll never see you again.'"