The 'Flight' star is due to star in 'The Magnificent Seven'.

Double Oscar winner Denzel Washington is about to have his hard work recognised yet again at next year's Golden Globe Awards, where he is deservedly set to receive the annual honour of the Cecil B. DeMille Award for his services to the film and entertainment industry. 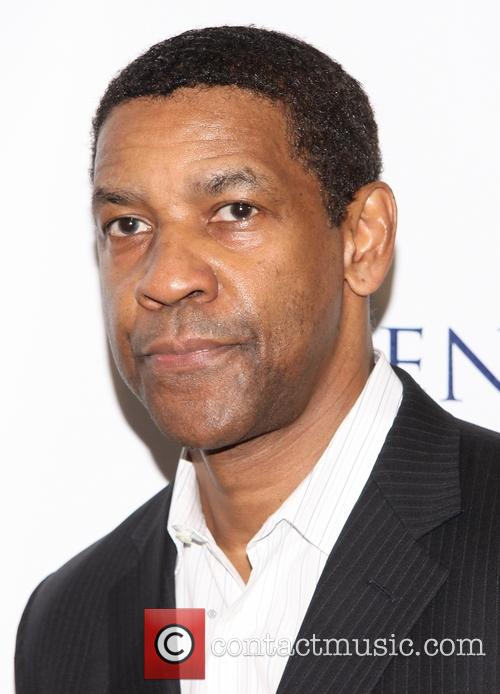 The talented actor has continuously been honoured for his films at the Golden Globes, winning awards for his 1999 boxing biopic 'The Hurricane' and 1989's historic war drama 'Glory'. He has been nominated for awards for a further five of his films at the Globes, most recently in 2013 when he was recognised for his part in Robert Zemeckis' 'Flight'.

Now Washington joins the ever expanding list of Hollywood heroes honoured for the Cecil B. DeMille Award; a lifetime achievement accolade named after the first person to receive it, 'The Greatest Show on Earth' director Cecil B. DeMille. Given by the Hollywood Foreign Press Association, it's been an annual fixture at the Golden Globes ceremony since 1952.

Among the 60-year-old New York native's other achievements are Academy Awards for Best Actor in a Leading Role, and Supporting Role respectively, in 2001 crime thriller 'Training Day' and 'Glory'. 2008 was a double-whammy for Washington when he won Best Actor twice at the BET Awards, after his roles in 'The Great Debaters' and 'American Gangster'.

2015 has been a bit of a quiet year for Washington, though; his last movie was 2014's 'The Equalizer' which also starred Chloë Grace Moretz and was directed by Antoine Fuqua. He is currently filming a re-boot of the legendary 1960 western 'The Magnificent Seven', which re-unites him with Fuqua and is also due to star Chris Pratt, Matt Bomer and Ethan Hawke. 'The Equalizer 2' has also been announced for 2017.

The 73rd Golden Globe Awards will be hosted by British comedian Ricky Gervais at the Beverly Hilton Hotel in Los Angeles. It will air live on NBC on January 10th 2016.