If only he brought his glasses with him...

Sunday's Golden Globes saw the announcement of the 2016 Cecil B. DeMille Award winner, and never has the acceptance of it been more humble and downright adorable as it was when Denzel Washington got up on stage on January 10th accompanied by his wife and three of his children. 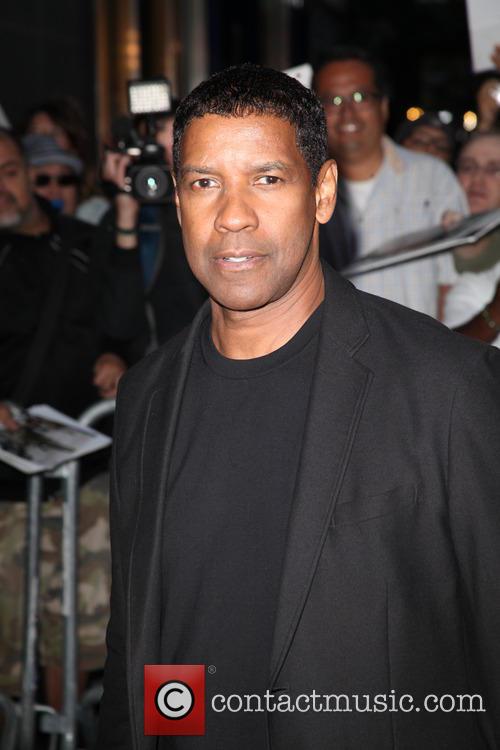 After an incredibly flattering speech from Tom Hanks who was presenting the award, and who put Washington's name among some of Hollywood's greats like Bogart and Gable, the 'Equalizer' star brought wife Pauletta, daughters Katia and Olivia, and son John David on to the stage to help him make his acceptance speech. His son Malcolm, a filmmaker and graduate from the Ivy League University of Pennsylvania, was missing from the group, with Washington explaining that he was currently working on a thesis for the AFI (American Film Institute).

Washington has previously won two Golden Globes for his roles in 'Glory' and 'The Hurricane', but while he's also got two Academy Awards, four BETs, a Tony, a BAFTA and several other accolades, it appears he's still not much used to the whole 'acceptance speech' thing. It was the sweetest thing to watch, but as Washington frowns at his notes and mumbles, 'You really do forget everything you're supposed to do', Pauletta Washington asks him if he needs his glasses. He says he doesn't, before launching into his speech.

He reels off a list of other people he wants to thank, with his wife gently prompting him. He eventually admits that he does indeed need his glasses and asks his wife to help, however she then confesses that she doesn't have hers with her either. Washington even waves down an offer from Jamie Foxx, who was seated with the family at the ceremony, to come up and read for them. It's no wonder that the legendary actor was such a mess with his words though; anyone would be if they'd been praised to that extent by an icon like Tom Hanks, who called him 'the actor of our generation who has left us a body of work that is as noble and as legendary as it is eternal'.

'Great cinema lasts forever, and a great actor will forever astound us', he continued. 'A single name can define an artist who is a peer and equal of all of the greatest legends of our craft. If Washington doesn't ring out loud enough, then let the first name carry all the weight. And that name is Denzel.'

More: Read our review of 'The Equalizer'

The Cecil B. DeMille Award is a lifetime achievement accolade bestowed on a particularly outstanding actor by the Hollywood Foreign Press Association (HFPA). Last year, it was received by 'The Monuments Men' star George Clooney, and previous winners include the likes of Morgan Freeman, Robert De Niro, Steven Spielberg, Robin Williams and Barbra Streisand.

'Washington's long and storied career is earmarked by his countless roles in front and behind the camera', said HFPA president Lorenzo Soria in a statement. 'It is the HFPA's privilege to honour his contributions to the entertainment industry with the Cecil B. DeMille Award.'

Denzel Washington is set to appear in Antoine Fuqua's upcoming reboot of 'The Magnificent Seven' later this year alongside Chris Pratt and Matt Bomer. He will also reprise his role as Robert McCall in 2017's 'The Equalizer 2'.