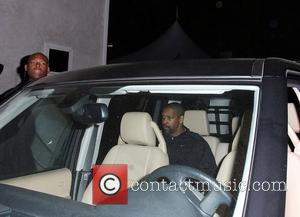 Denzel Washington, Samuel L Jackson, Cuba Gooding JR and Faith Evans are among the stunning list of African-American stars joining forces to get biblical for a new 70-hour audio cassette package. The celebrities rallied behind Washington, who was the first to sign on to the project when he heard pal and casting director ROBI REED's plans to retell the Holy Scriptures. Pulp Fiction star Jackson plays God in the upcoming religious release, while Angela Bassett voices ESTHER, Blair Underwood portrays JESUS and Gooding Jr brings JUDAS to life. The first part of the fully-dramatised and scored 70-hour epic, INSPIRED BY... THE BIBLE EXPERIENCE, was released earlier this month (OCT06) and features Washington and his wife PAULETTA recounting the SONG OF SOLOMON from The New Testament.