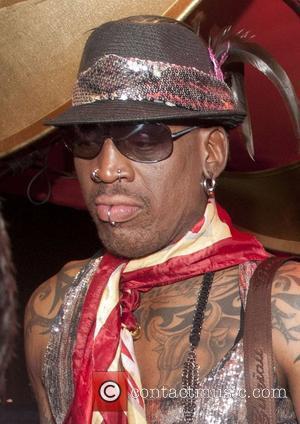 Former bad boy basketball star Dennis Rodman is showing his softer side by writing a children's book.
The retired sportsman, famed for his piercings, tattoos and fiery temper, is working on a storybook called Dennis The Wild Bull, due for release later this year (12).
Rodman has teamed up with author/screenwriter Dustin Warburton for the project, which he hopes will convey positive messages to a younger audience.
Warburton says, "What excited me about this project is the fact that not only is Dennis a great guy, but he has accomplished things in his life many people never come close to achieving. The years of dedication and hard work that brought him to the top level is what I'm interested in conveying, and I believe it is going to spread a good message to our country's youth. Children are our future and Dennis has a lot of great lessons to convey so needless to say it's not only going to be fun, it's going to spread a positive message which is what children's books are all about."
Rodman's agent Darren Prince adds, "We're not only excited about the project but we believe it's a step in the right direction for Dennis."