Rodman has frequently visited North Korea over the last few years, and gets on well with its totalitarian leader Kim.

Dennis Rodman has said that he’d like to invite Kanye West to North Korea to meet leader Kim Jong-un and to write an album about it.

As of the end of June, 57 year old Rodman has made no fewer than five visits to the repressive country in order to meet its dictatorial head of state. According to Rodman’s agent, he and Kim get along extremely well and “both love sports and music”.

The sportsman is set to make another trip to North Korea this September, and according to a report in Us Weekly, he’s planning to ask outspoken rap star Kanye West to come with him.

In an interview with the magazine, Rodman expressed his admiration for the often controversial West, and had the following to say. 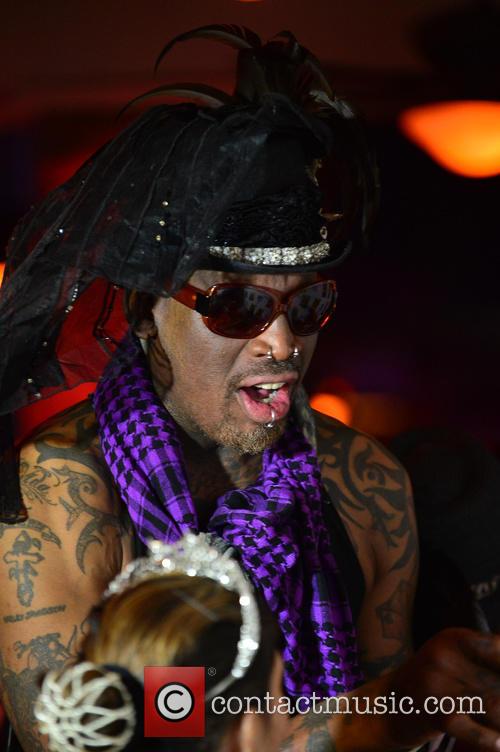 Elsewhere in the interview, Rodman hinted that his company AnyTickets.com has business concerns in North Korea, indicating that he might use it to set people up with experiences in the secretive state.

“Put it like this, if the opportunity comes, Anytickets.com will do one thing, if the price is right, if you want to go North Korea with me, we can do those places with Dennis Rodman any time you want.”

He also spoke about his relationship with Kim, and the reasons for his frequent visits.

“When I started this whole venture about going to North Korea, it wasn’t about me, about trying to be more famous. No, I just wanted to have a good time with the family, that was it… People start turning on me, then all of a sudden now when they had the meeting, all of a sudden now people say, ‘Oh it took you five years for our President to prove the fact that I was right’. I said ‘OK, whatever.’ If anything happens with this whole thing, with North Korea and America, it’s amazing how the fact that I didn’t do it, I just brought the guys together.”