Dennis Haysbert Wants To Define His Own Sin City Character 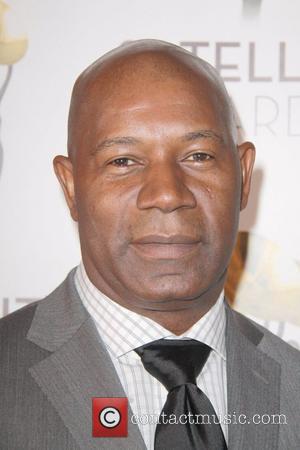 Actor Dennis Haysbert is determined to put his own stamp on his role as a mercenary in the upcoming Sin City sequel after taking over the character from the late Michael Clarke Duncan.

The 24 star was recently hired to replace Duncan following his death in September (12), and while Haysbert insists he has a deep respect for The Green Mile star's work with the character Manute, he is keen to show fans that he too can do the job justice.

Haysbert tells Wenn, "I knew him and we got along very well and he was a really great guy. His presence is there (in the film) most certainly; he originated the role but I'm a different actor and I will put my own stamp on it. I definitely have a reverence for what he did with the role.

"I'm sure everyone (on the cast and crew) honoured Michael in the beginning of the shoot in their own way but we have to live in the now... Right now it's my role and I have to work it the way I need to work it."

Haysbert has been enjoying working alongside co-directors Frank Miller and Robert Rodriguez on the action thriller and he's glad Manute will have a bigger role to play in the follow-up to the hit 2005 film.

He says, "It's been going great... The role of Manute... has been fleshed out a little bit more than it was in the original movie. You'll learn more about Manute in this movie."

The actor joins returning stars Jessica Alba, Clive Owen and Mickey Rourke in Sin City: A Dame to Kill For, which is expected to open in theatres next year (13).

Dennis Haysbert Wants To Define His Own Sin City Character