Denise Richards has been awarded temporary custody of Charlie Sheen's sons after social services removed them from the care of their mother Brooke Mueller. 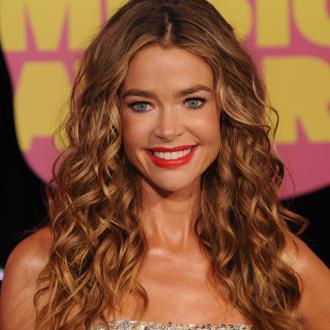 The 'Wild Things' actress - who has daughters Sam, nine, and Lola, seven, with the actor, as well as adopted Eloise, two - is to take on the care of twins Bob and Max, four, after social workers Los Angeles County Department of Children and Family Services removed them from the home of their mother Brooke Mueller because of allegations her drug use is jeopardising their safety.

A source said: ''Brooke was given many opportunities by social workers to clean up her act. Social workers felt that Bob and Max weren't safe in Brooke's care. The decision was made late on Thursday afternoon (02.05.13), and the boys are no longer in Brooke's care. It's expected at some point the boys will be taken care of by Charlie Sheen's ex-wife, Denise Richards, who has cared for them in the past when Brooke went to rehab.

''Denise loves the boys and their safety and well being mean everything to her. Bob and Max are safe and that is all the matters. Denise is simply complying with the court order.''

Despite the sad situation, friends are hoping it is the shock Brooke needs to finally get clean and beat her cocaine addiction.

The source told RadarOnline.com: ''Brooke in a very, very bad place right now. She is absolutely despondent that she lost the boys. Maybe this will finally make her realise that she needs to get help.''

Last year, Denise stepped in to look after the twins while Brooke endured a stint in rehab and she insisted she would do anything for the children.

She said: ''They're our family and they're Sam and Lola's brothers, and I can't imagine growing up without my sister, so anytime she needs help, I'm there for the boys.

''[Sam and Lola] are the best big sisters to [the boys] and they love them.

''I know it doesn't seem normal, but it is our normal. They're little kids and I love children, and like I said, it's our daughter's brothers, so I can't say no.''