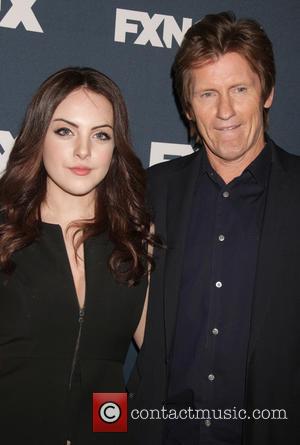 Picture: Denis Leary and Liz Gillies - A host of stars were photographed as they arrived for the 2015 FX Bowling Party which was held at...

The Amazing Spider-Man veteran plays an ageing rocker in the series and during one scene, the 57 year old decided he wanted to jump off a piece of stage equipment mid-performance - just like the real rockers do at their concerts.

However, the stunt didn't quite go as planned.

Leary recalls, "The first day we shot like, a live concert thing. I go to tons of shows, Springsteen is 65, Mick Jagger is 70 (sic), Steven Tyler is 70 years old (sic) and these guys jump off the drum riser, Springsteen jumps off the speaker things.

"So I'm in the middle of a number and I'm going along and I think, 'I'm gonna jump off the drum riser.' We have a huge audience over at Irving Plaza (in New York), like 600 people. I get up in the drum riser, I'm getting ready to come back in, I figure I'm going to jump up in the air like those guys do, land cool and start singing. I jump up in the air, I land and I pull my hamstring. I'm like, 'Owww, medic!' It's actually in the show."