Demi Moore's rumoured new boyfriend Will Hanigan thinks she is ''amazing'' and they have grown ''close'' after attending yoga classes together. 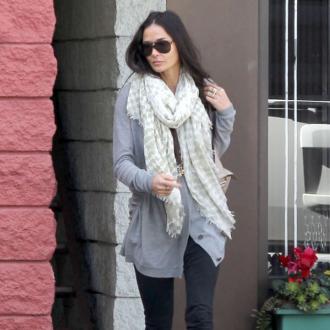 The 50-year-old actress - who has been romantically linked with Harry Morton, Vito Schnabel and Martin Henderson since her marriage to Ashton Kutcher ended in 2011 - has grown close to 30-year-old commercial pearl diver Will Hanigan after they took yoga classes together and he is already besotted with her.

He told America's Star magazine: ''Demi is an amazing woman. We know each other through yoga and we've become close.''

Will - who reportedly follows the Sikh religion and has also taken on the alternative name of Simranjeet Singh - is said to have been dating Demi for a month and the pair enjoy nothing more than going for massages and to the sauna before their yoga classes.

A source said: ''They get massages before going in - and they can be heard making wild noises inside.

''Will is clearly a passionate individual and Demi seems to be enjoying every moment with him.''

However, some friends are said to be worried about the 'Striptease' actress - who underwent a stint in rehab last year - being exposed to some of her new lover's ''experiences''.

During a retreat in Peru, he reportedly experimented with ayahuasca, a hallucinogenic that is illegal in America and can prove fatal if mixed with some prescription medications.

One friend said: ''There is a bit of a concern that Demi might get caught up in sharing all Will's experiences with him. Will is obviously an earthy guy and seems to have a lot of good qualities.

''But Demi has worked so hard to get her life and health back on track, I'd hate to see anything jeopardise the positive steps she's made.''