Demi Moore Is In "Absolute Shock" After Finding Out A Young Man Died In The Backyard Pool Of Her Beverly Hills, California Home Early Sunday Morning (19jul15). 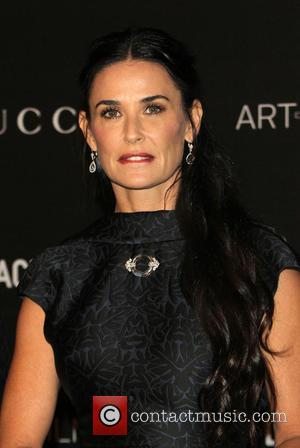 Picture: Demi Moore - A variety of celebrities were photographed as they arrived at the 2014 LACMA Art+Film Gala which honored conceptual artist Barbara Kruger and...

Edenilson Steven Valle, 21, attended a party reportedly thrown by the actress' assistant, but after he had gone missing for 10 to 15 minutes, his friends discovered his body floating in the deep end of the pool, the Los Angeles County coroner's Lt. Fred Corral tells the Associated Press.

Corral adds that Valle's friends and family confirmed he did not know how to swim. Paramedics arrived at the scene around 5.15am local time and after attempting to resuscitate him, medics pronounced his death 15 minutes later.

Following the tragedy, Moore, who was not at her home at the time, released a statement about the tragedy, which reads: "I am in absolute shock. I was out of the country traveling to meet my daughters for a birthday celebration when I got the devastating news.

"The loss of a child is an unthinkable tragedy and my heart goes out to this young man's family and friends. I ask that you please respect the privacy of all concerned during this sensitive time."

Law enforcement officers are currently investigating Valle's death, which they believe was an accident.