Joe Jonas and Demi Lovato have split up but they insist the break-up was amicable. 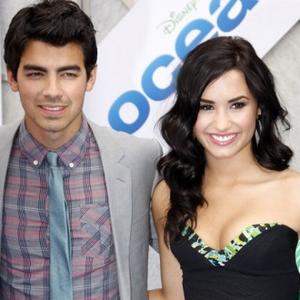 The Jonas Brothers singer - who has previously dated singer Taylor Swift and actress Camilla Belle - has decided to end his relationship with the actress but insists the break-up is amicable.

Joe, 20, said: "Demi and I knew going into our romantic relationship that it may not be an easy one. I realise over the time we have shared together that I feel I care more about our friendship right now. It was my choice to break-up, but I love her as a friend. She's been there for me when I needed her. I will continue to be her friend and be there for her."

It had been reported, Demi - who met Joe on the set of 'Camp Rock' in 2007 and began dating him earlier this year - was dumped by Joe over the phone but she insists that didn't happen.

The 17-year-old beauty tweeted: "There are so many crazy rumours flying around today. Joe and I did split, but it wasn't over the phone. Things didn't work out but we'll remain friends."

Demi had recently spoken about her love for Joe, saying: "He is my first serious relationship... He knows me better than I know myself, and I know him better than he knows himself."