Demi Lovato is set to give the "world premiere performance" of a new song at the 2020 Billboard Music Awards on October 14.

Demi Lovato is set to perform at the 2020 Billboard Music Awards.

The 'Confident' singer has been confirmed as one of the performers for the upcoming ceremony on October 14, along with Sia and En Vogue.

As per Billboard, Demi is set to give "a world premiere performance of a new song".

The news comes hot off the heels of the pop megastar releasing breakup ballad 'Still Have Me', a week after she broke off her engagement to Max Ehrich.

Demi tweeted: "YOU GUYS!! I'm performing at the

Australian superstar Sia is billed to perform her new single, 'Courage to Change', while legendary girl group En Vogue will mark the 30th anniversary of their 1992 hit 'Free Your Mind'.

The virtual event, which will be hosted by Kelly Clarkson, will also see performances from the likes of Alicia Keys, Bad Bunny, Luke Combs, and Post Malone.

The latter leads the nominations with 16 nods, including the prestigious Top Artist award, which he will contest against Billie Eilish and Khalid - who both received 12 nominations - as well as Jonas Brothers and Taylor Swift.

'Old Town Road' hitmaker Lil Nas X follows him with 13 nominations, including in the Top Male Artist category, for which Post is also shortlisted along with DaBaby, Khalid, and Ed Sheeran.

Top Female Artist will be contested by Billie, Taylor, Ariana Grande, Lizzo and Halsey, and BTS, Dan + Shay, Jonas Brothers, Maroon 5 and Panic! At The Disco will fight it out for Top Duo/Group.

The prestigious Top Billboard 200 Album accolade will go to either Billie for 'When We All Fall Asleep, Where Do We Go?', Ariana for 'Thank U, Next', 'Free Spirit' by Khalid, Post's 'Hollywood's Bleeding' or Taylor's 'Lover'. 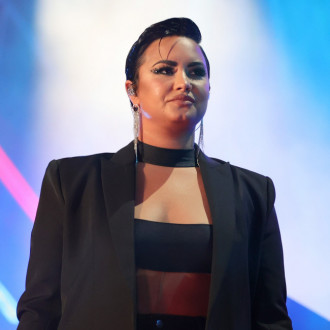 Demi Lovato returns to the studio