Demi Lovato: 'There Is Nothing Wrong With Experimenting Sexually With Other Women'

Demi Lovato Has Suggested She Has Experimented Sexually With Other Women In A Revealing New Interview, Confessing Her New Music Derives From Her "Personal Experiences". 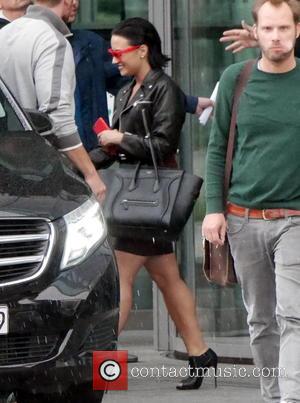 The Heart Attack singer was quizzed about the lyrics of her song Cool for the Summer, in which she sings "Got a taste for the cherry, I just need to take a bite" during a recent appearance on funnyman Alan Carr's British chat show - and surprised fans with her response.

Asked if the track is about lesbianism, Lovato said, "I am not confirming and I'm definitely not denying. All of my songs are based off of personal experiences. I don't think there's anything wrong with experimentation at all."

And when the openly-gay host joked, "I experimented once and it stuck", his 23- year-old guest said, "Hey, I didn't say that it didn't stick either!"