Lovato had called out the ‘Bad Blood’ singer for tearing down Katy Perry.

Demi Lovato has responded to fans on Twitter who are angry over her recent comments about Taylor Swift.

In an interview with Glamour magazine, Lovato hit out at Swift for “tearing down” Katy Perry, saying “that’s not women’s empowerment.” 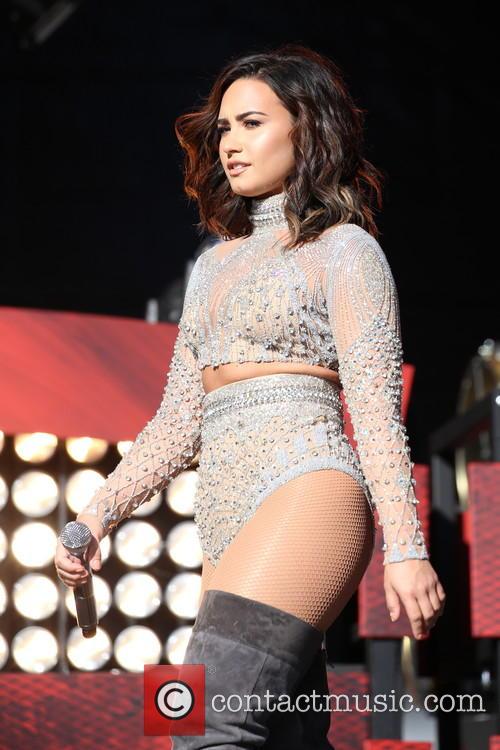 It started when the magazine brought up that Lovato had previously said in regard to Taylor Swift, ‘Don’t brand yourself a feminist if you don’t do the work’ and asked her, ‘how do you see yourself doing the work?’.

“Just speaking out,” Lovato said. “I’m not afraid to talk about the fact that women get paid less than men in the United States and how unfair that is."

“I think in certain situations, certain people could be doing more if they’re going to claim that as part of their brand.

"To be honest, and this will probably get me in trouble, I don’t see anybody in any sort of squad that has a normal body.

"It’s kind of this false image of what people should look like. And what they should be like, and it’s not real.

The singer then went on to say: "I think that having a song and a video about tearing Katy Perry down, that’s not women’s empowerment.

"We all do things that aren’t, but I have to ask myself, Am I content with calling myself a feminist? Yes, because I speak out."

But after receiving backlash online from loyal Swift fans, Lovato tweeted on Tuesday, ‘I get asked questions. I answer them. Sue me.’

She then added: ‘Also don't forget that words can be taken out of context when doing interviews.. still not apologizing for saying what everyone want to say.’

When one tweeter accused the singer of taking about Swift because she was envious, Lovato responded: ‘Or I get asked indirect or direct questions about her?’

The 24-year-old signed off on the subject by adding, ‘I don't understand why people care so much about what I say in interviews? Do y'all watch the news? Don't y'all got shit to worry about?’