Demi Lovato Speaks Out About Her Fellow X Factor Judges, Being A Role Model And Inspiring People 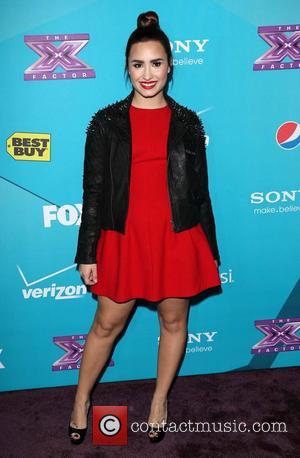 X Factor judge and Disney darling Demi Lovato has given a candid chat to Parade Magazine into what life is like as a X Factor judge, dishing the details about some of her co-judges, as well as discussing her own battles with eating disorders and self harm and how she aspires to inspire as many people as possible.

With the season finale of the X Factor USA only days away (Dec. 20), the show's name is hot on most people's lips; enter Demi Lovato to keep us up to date with what's happening behind the scenes.

The young starlet told the magazine that her time on the show has been an emotional and stressful one, but still one that she has enjoyed nonetheless. Speaking about her co-judges, she had (almost) nothing but good things to say about them, telling the mag that she considers Britney Spears to be "sweet and humble," whilst L. A. Reid, who announced he is leaving the show at the end of the series, is "hilarious and smart." Bad news for the show's head judge and creator Simon Cowell though, as Demi was much less positive, calling him "annoying and old!" What a charmer (not that we doubt Simon wouldn't want it any other way).

Lovato also talked briefly about opening up to the public over her battles with eating disorders and self-harm, saying that she has "no secrets about what I’ve been through."

She went on to reveal that having "spoken out about it" she feels "like a role model."

Demi Lovato excited for the 'next chapter' of her life

'Love at first sight' for Demi Lovato and Max Ehrich