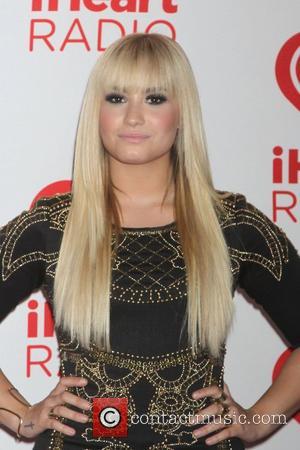 Singer Demi Lovato refused to accept a Barbie from a Brazilian fan during a gig on Sunday (30Sep12) because she doesn't agree with the unrealistic body image associated with the doll.

For years the popular toy's figure has been criticised for sending the wrong message to girls because if Barbie were real, her dimensions would translate into a woman standing 5 foot 9 (1.8 metres) and weighing just 110 pounds (50 kilograms) - a combination which would qualify the blonde beauty as anorexic.

Lovato, 20, halted her gig at the Z Festival in Rio de Janeiro on Sunday when a fan threw a Barbie doll onstage.

Lovato, who has battled weight problems and body image issues for years and once sought treatment for an eating disorder, told the crowd, "I spent my whole life trying to be this and trying to look like this. And guess what? I'm not this...

"I've been through so much in my 20 years of life. I know how you guys feel and I want to show you guys that you can get through it because I'm living proof right here."

The singer/actress then threw the doll back into the audience.