Demi Lovato has collaborated with Cher Lloyd on a new track called 'Really Don't Care' for her new album 'Demi'. 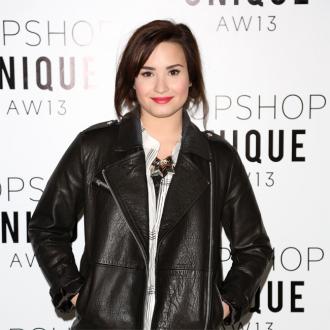 English rapper and singer Cher said she was instantly attracted to working on 'Really Don't Care' with Demi, because it stood out against most other pop songs.

''I mean, that girl can really sing, and it's so different. That's the thing, nowadays it's so important to be able to be recognised and to be on the radio and for people to know automatically it's you. And Demi has that and that's something I really look up to.''

The 19-year-old singer - who hit the charts in 2011 with her single 'Swagger Jagger' - added she and Demi are a great pairing because they have so much in common.

She explained: ''I think me and Demi are in some ways kind of similar. We have quite a young fanbase and this is very much a girl power song. You know, it has a great feel to it, and I'm so excited that people get to hear it now.''

Cher is also collaborating on another track called 'It's All Good' with Ne-Yo.

She said: ''We're just working towards getting a great summer vibe-y track going. Me and Ne-Yo are very much in charge of this whole process, you know, the musical side of it.''

'Demi', featuring 'Really Don't Care', will be available in the UK from May 13.