Lovato will no longer be using her Instagram and Twitter accounts - but will still communicate with fans via Snapchat.

Demi Lovato is taking an extended break from social media, making the decision this week to abandon her Twitter and Instagram accounts.

The 23 year old star, who recently broke up with her boyfriend of six years Wilmer Valderrama, made the announcement via a final series of Twitter posts on Monday night (June 20th). “Damn I gotta quit sayin s**t. Bye Twitter,” she wrote, later adding in another tweet “And Insta”.

However, she will be keeping one line of communication to her millions of fans open, as she’ll occasionally still use Snapchat, because she doesn’t have to engage with haters. 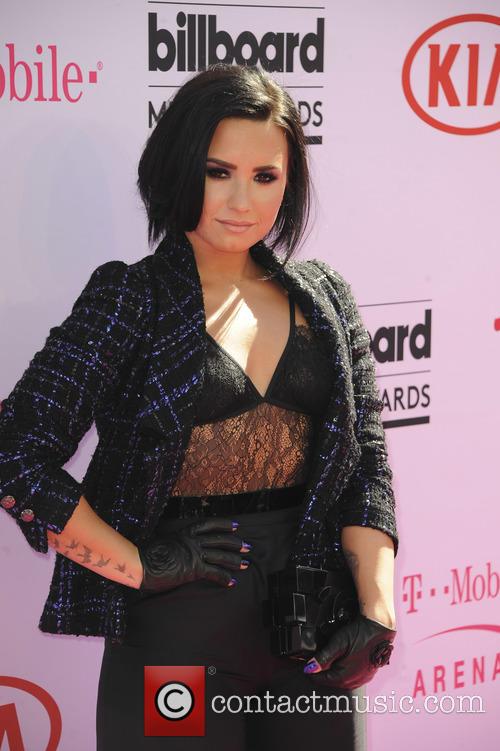 “I like snapchat cause I don't have to see what some of y'all say. Follow me if you want: theddlovato,” she wrote.

Before she left for good, however, Lovato had one final thing to get off her chest, and used Twitter to vent before walking away. “But why do people actually give a f--k what I say?? like if you don't care the[n] gtfo haha,” she wrote.

“That one time I started my own charity providing mental health care for people who can't afford it and this is what y'all talk about,” she continued. “And people wonder what's wrong with the world… pay more attention to good than bad.”

Lovato didn’t go into specifics, but many believe she’s chosen to talk away from social media because of the backlash she received last week when she spoke out on Instagram about Mariah Carey.

Clarifying her comment on Carey’s response to an internet meme as “nasty”, Lovato said: “Mariah is a legend and is so talented but constantly disses people. It’s nasty the way she treats Jennifer [Lopez]. Ari [Ariana Grande] did nothing wrong.”