Demi Lovato believes promoters gave her free DRUGS in a bid to get her to return to their clubs and restaurants. 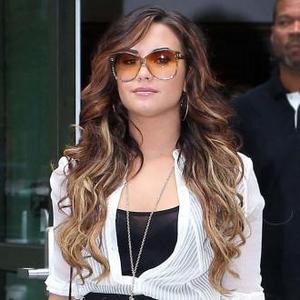 Demi Lovato believes promoters gave her free DRUGS in a bid to get her to return to their clubs and restaurants.

The former Disney star - who was admitted to rehab for three months in 2010 after punching a backing dancer on a plane during a tour with the Jonas Brothers - claims people in Hollywood used to fall over themselves to give her illegal substances.

She said: ''Promoters gave me drugs and alcohol in restaurants or clubs. They wanted me to come back so I would be seen there. They were basically kissing my ass.

''I thought they were my friends. I thought I was having fun. Being a celebrity can be Dangerous. Nobody says 'no'. That's why so many end up overdosing and dying. It could definitely have happened to me.''

The 'Skyscraper' singer - who also suffered from bulimia - admits she used to use alcohol and drugs to drown out her misery.

Asked about rumours she used to take cocaine, she told Fabulous magazine: ''It's something I don't really want to talk about.

''What I can say is that I was depressed. I would come off stage in front of 18,000 people and suddenly be alone in a hotel room. I'd come crashing down and would try to find a way to recreate that feeling, to stay 'up'.''