Demi Lovato Opens Up About Gay Grandfather In Heartfelt Speech

The 21 year-old singer told the story of her grandfather's sexuality before presenting an award at Logo TV's first 'Trailblazers' event on Thursday (June 26th).

Demi Lovato is known to be a passionate supporter of gay rights, and recently she revealed why.

The 21 year-old singer appeared on Logo TV's first 'Trailblazers' show, which aired on Thursday (June 26th), and in a heartfelt speech told the audience that her grandfather was gay.

Lovato wanted to honor her late family member and before presenting an award at the inaugural ceremony, she spoke of how her grandfather was a "trailblazer" as well.

"I've never spoken about this before, but my grandfather was a trailblazer himself," Lovato said, via E!News. "He was brave enough to come out in the 1960s, and I feel a lot of my spirit has come from him."

She continued, "He passed away a few years later, and I only wish he could have seen all the progress that has been made. It's such an honor to be welcomed and embraced by the LGBT community."

After presenting an award to Neflix's hit series 'Orange Is the New Black,' Lovato spoke with MTV News about paying tribute to her late grandfather.

"My mom's birth dad, actually had my mom and was with my grandma and then he split with her because he came out of the closet and that was in the '60s. So that to me is the epitome of a trailblazer, where you set an example and you do something that is brave and courageous and I was able to talk about that in my little speech," she said. "And that was exciting for me."

"He was a hairdresser, so I call him my glampop. Unfortunately, he passed away a few years later so I never got to meet him," Demi continued. "But I do feel like one of the reasons why I have a lot of courage to speak out and stand up for what I believe in came genetically from my grandfather who had the courage to come out of the closet in the '60s."

More: Demi Lovato has a crush on Amber Heard

The 'Heart Attack' singer has already served as grand marshal of Los Angeles' gay pride parade earlier this month, and is scheduled to perform this weekend at New York's gay pride celebrations. 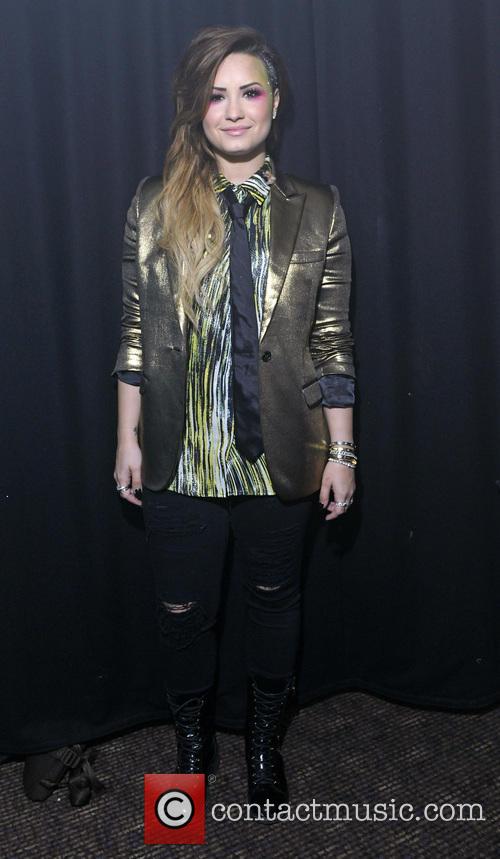