Demi Lovato has released a VERY racy new tune today (July 1st 2016) entitled 'Body Say'; potentially the first single from her next album project following up fifth release 'Confidant', which she's currently promoting in the US and Canada with a co-headline tour featuring Nick Jonas. 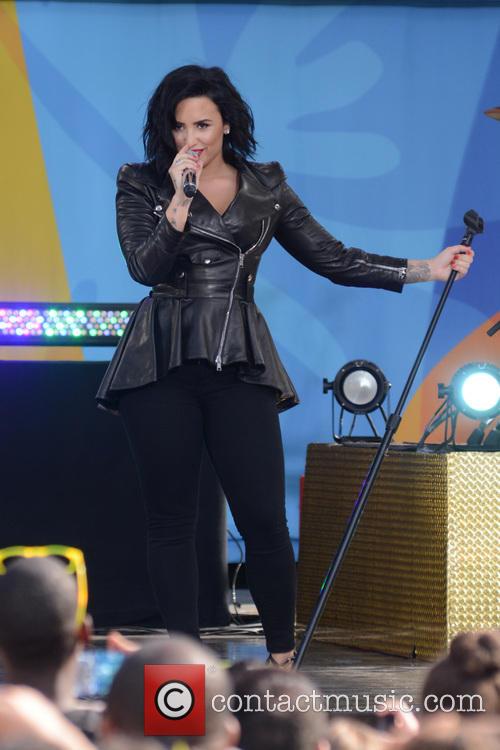 More: Demi Lovato opens up about her eating disorder history

'I wrote and recorded #BodySay a couple weeks ago and wanted you guys to hear it right away... whats the point in waiting anymore', she told her 36.8 million Twitter followers, urging them to go and stream it on Spotify. She also revealed the black and white single artwork, featuring the singer sat naked in bed with her back to the camera, her discarded bra lying feet away.

Lovato performed the track for the first time on Wednesday (June 29th 2016) at the Philips Arena in Atlanta, Georgia to kick off her co-headlining Honda Civic: Future Now Tour with Nick Jonas, during which she also did a surprise collaboration with T.I.. They performed a duet of his 2008 hit 'Live Your Life' which originally featured Rihanna. She had teased before the show: 'So Atlanta, we have a few surprises in store for you tonight', and she certainly lived up to that promise. Lovato will be continuing the North American tour throughout July, August and September, finishing at The Forum in Inglewood, California on September 17th.