The singer and her boyfriend made the horrifying discovery in the back yard of their L.A. home on Sunday.

Pop singer Demi Lovato and her boyfriend Wilmer Valderrama are in mourning after the shock of discovering their dog Buddy had been mauled to death after an attack by coyotes in the back yard of their home in Los Angeles.

The 22 year old received Buddy as a Christmas present last year from her boyfriend, 34, and was absolutely smitten with the puppy, taking several photos of him throughout 2015. However, she made the gruesome discovery on Sunday (July 26th) that her beloved pet had been fatally attacked by the wild animal that had wandered into their garden in Tarzana, California, according to TMZ. 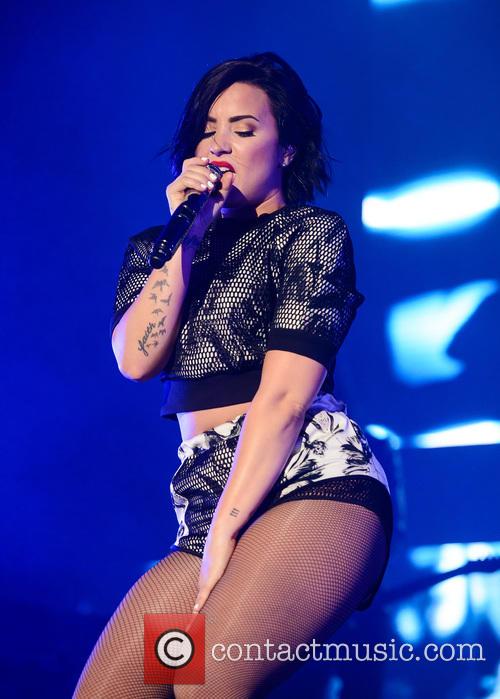 Demi Lovato is in mourning following the death of her pet dog Buddy.

“We are absolutely heartbroken to be writing this but Wilmer and I are devastated to inform you that we lost our little angel Buddy last Sunday,” she tweeted. “He was taken from us way too soon in a tragic accident and though I will never know why this had to happen, I do know that God only puts us through situations that we can handle so with that, together we our [sic] staying strong.”

The ‘Cool For The Summer’ singer has been so stricken with grief that she cancelled her scheduled appearance on ‘Good Morning America’ today (July 30th).

She continued her heartfelt Twitter tribute: “We have incredible people around us and so much love and support which is holding us up in this time of need. Buddy was loved by so many people and as small as he was, he made a huge impact in our lives. He truly was human in a way and we were so blessed to have him in our lives.”

“We ask you that you please respect our privacy while we take this time to grieve and remember the magical moments we spent with our little angel. We will never forget our baby boy Buddy and his gentle loving spirit will live on in our hearts forever. RIP my tiniest little nightingale, Buddy.”

Incidents like this are not unheard of in Los Angeles – the same thing happened to Jessica Simpson back in 2009 when her dog Daisy was snatched away by a coyote.