Demi Lovato Is Making Her "Best Work Yet," Asks Fans: "Are You Guys Ready For Album #5???"

The 22-year-old singer took to Twitter to reassure fans that her 5th album will be her best work to date because she has "never felt this hungry and driven."

It looks like Demi Lovato is planning to make 2015 her best career year! Before attending Sunday evening's 57th Annual Grammy Awards, the 22-year-old singer teased her fans with what they can expect in the coming months. 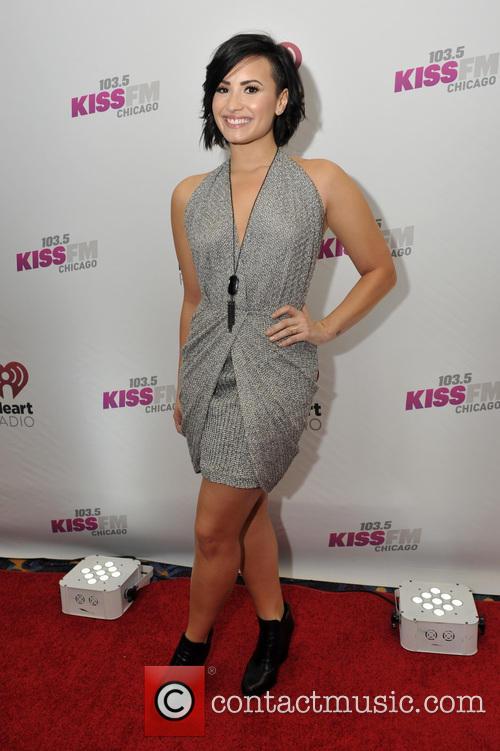 Lovato is currently producing her "best work yet"

As well as sharing her goals for this year, Lovato took to Twitter to reveal she is producing her "best work yet," which seems to be a style that she hasn't implemented before.

"Excited to get back in the studio in days.Are you guys ready for album #5???" she tweeted to her fans on Saturday (Feb 7th). "I've never been more confident in my sound. Never been so sure of who I am as an artist. Never felt this hungry and driven."

More: Demi Lovato On Why She Is Finally Confident With Her Body: "I Love My Butt"

Still only in her early twenties, Lovato has already found success with several of her tracks including 'Skyskraper,' 'Give Your Heart A Break' and 'Heart Attack.' But the former Disney star is now making music that reflects her true self and no one else.

"F**k trying to make music that will appeal to the masses for the sake of hit songs. It's time to share my lane.my sound," she explained. "Because no one can take away my individuality or copy my best work which my fans deserve to see."

She continued, "I can't describe my new sound. The only word that comes to mind is authentic. Very very authentic to who I am & the voice I have inside. I am going to sing my heart out more than I've ever sang before. To the sound that I've spent my whole life trying to identify. I'm ready."

More: Watch Demi Lovato And Olly Murs As Lovers Divided In The Video For 'Up'

And even though she admitted she has "barely scratched the surface on creating this album," Lovato is confident in what kind of artist she wants to be. "I'm sorry it took to so long to figure out MY channel but it's here.The changes I've made," she concluded. "I WILL get a Grammy nomination one day. No more f--kin around. Let's GO!!!!!"