Demi Lovato had it easier than Miley

Demi Lovato thinks making the transition from child star to adult artist was easier for her than for Miley Cyrus. 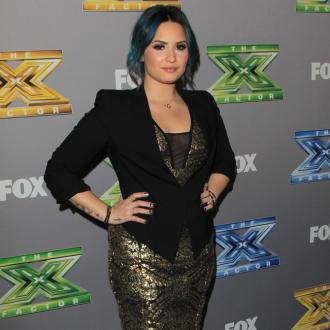 Demi Lovato thinks she's had it easier than Miley Cyrus.

The 21-year-old singer believes checking into rehab for addiction issues and an eating disorder in 2012 helped cushion the transition from being a Disney child star to a mainstream pop artist for her.

Asked why she didn't leave Disney and develop a raunchy image, she said: ''I guess my transition was a little easier because I went straight to rehab. I didn't twerk - I just went to rehab!

''But you know what, I think the world needs to get over the fact that [Miley] was Hannah Montana when she was 16.

''Nobody knows her. Nobody really knows who I am, and the same with Selena [Gomez] and Jonas [Brothers] and everyone that has grown up in front of the public eye. We're adults now.''

Demi admires her friend's guts for building such a strong image, but worries that her hyper sexualised, tongue-waggling persona is ''overshadowing'' her talent.

She told We Love Pop magazine: ''I think she knows what she's doing. A lot of artists take that route of shock value and that's fine, but I think she has such an incredible voice that's overshadowed by some of the things that she's doing.

''I'll always love her - she's been one of my friends since I was 14. But everyone is on their different journeys and she's having fun, she's being who she is - so power to her.''