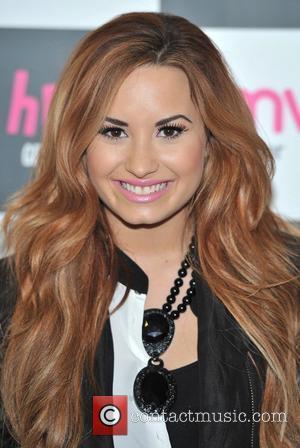 The hunt for America's X Factor judges is still on, though Camp Rock star Demi Lovato is the front-runner for the spare chair, according to Tmz.com. It was reported some time ago that Britney Spears was in talks to join the show but apparently, that $15 million deal has not yet been finalized. Now, it seems, Lovato has been thrown into the mix as a potential judge.
She hasn't had an offer yet, according to Tmz, but it looks as though she might be in with a chance. Simon Cowell is the man in charge of The X Factor USA and, along with La Reid, he'll be looking to fill the seats vacated by the mass exodus that occurred after last year's disappointing viewer ratings. Nicole Scherzinger and Paula Abdul were both given the boot by Cowell, as was the host, Steve Jones. So, it looks likely that Britney will take on one of the judging roles but the race is still on for the presenter's job - which Simon has said he may give to a pair of presenters, rather than just one - and the other judge's chair remains empty for now.
Demi Lovato would certainly be an entertaining choice and given that she once smacked a dancer in the face during a Jonas Brothers tour, she probably wouldn't hold back when it comes to making her feelings known. So far, the other likely candidates for the role include Black Eyed Peas singer Fergie. Leann Rimes and MILEY CYRUS.