The US presidential election this year has been one of the most intense America has ever seen. It has absolutely divided the nation, and with that division comes some very strong opinions - and also some not so funny dark humour. Demi Lovato made one such joke about election day earlier this week. 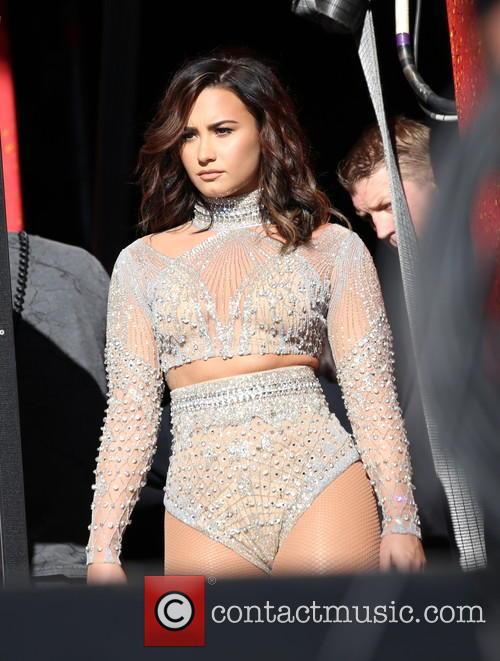 The news that Donald Trump had beaten Hillary Clinton to become the 45th President of the United States has shocked the world, prompting many angry and despairing Tweets and comments. Demi Lovato made her opinion known ahead of the results on Tuesday (November 8th 2016), referencing lascivious comments Trump made about women during a recorded conversation with Access Hollywood's Billy Bush in 2005.

'Sometimes you just have to agree to disagree and grab some p***y', she Tweeted, later deleting the post after an influx of criticism from people branding it 'tasteless'. She has since apologised for her remarks, insisting that she was simply trying to find humour in the situation.

'I apologize for the joke I made earlier', she wrote. 'Seemed to offend some people. Just making light of the election.' It did come a little bit out of leftfield given the seriousness in her tone while urging people to vote and backing her candidate. She'd been re-Tweeting Hillary Clinton a lot since last week, with one post including a series of sexist remarks Trump had made in the past, accompanied by the ironic quote: 'Nobody respects women more than me'.

She also re-Tweeted a statement Trump made about walking into the Miss Universe pageant dressing rooms. 'I sorta get away with things like that', he is quoted to have said.

Indeed, it does seem odd that Demi Lovato can hit headlines by repeating outrageous comments made by the US' future president, and yet said future president can still have been allowed to continue his election campaign despite his comments.