Demi Lovato thinks it would be ''so much fun'' to settle down and have children with a woman, although she is currently rumoured to be dating actor Max Ehrich. 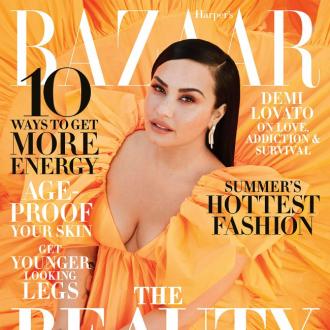 Demi Lovato thinks it would be ''so much fun'' to have children with a woman.

The 'Anyone' singer - who describes her sexuality as fluid - is currently believed to be dating Max Ehrich, but has hinted she may be open to exploring other relationships in the future, as she still isn't sure who she wants to settle down and start a family with.

She said: ''When I imagine my life in the future, I don't say, 'I'm looking for a man who I want to have two or three kids with.' I think it could be so much fun to share children with a woman ... So I don't know what my future will look like, and I'm open to anything. People always ask me, 'What's your type?' And I'm like, 'Have you seen my history?' There is no type. It is solely off connection. I wish I could say, 'I only date attractive people.' But I don't.''

Earlier this year, Demi's former boyfriend Wilmer Valderrama - whom she dated for six years after meeting in 2010 - got engaged to model Amanda Pacheco, and the 27-year-old singer has said she wishes him ''nothing but the best''.

And whilst Demi and Wilmer are no longer close, the beauty says hearing of his engagement gave her closure, and allowed her to ''learn to be okay'' on her own.

She added to Harper's Bazaar's May issue: ''I'm really happy for him and I wish him nothing but the best, but we're not in each other's lives [and] haven't spoken in a long time. But I think I needed that, because I needed to learn to be okay on my own.

''When you get into a relationship with somebody at that young of an age and then you spend six years with somebody, you don't really get to learn about yourself.''

Meanwhile, the 'Sober' hitmaker recently confessed she'd like to ''make out'' with Rihanna.

When asked about the Fenty Beauty founder, she gushed: ''Look, I just wanna make out, okay? I mean, we could do a song together too. Maybe we make out in the video. I don't know.''