Demi Lovato believes mermaids are real and insists they look like aliens. 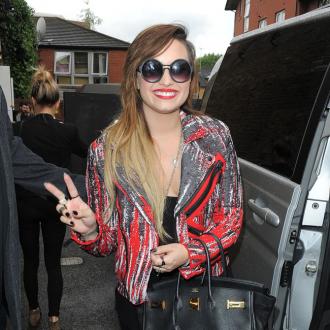 The 'Let It Go' singer is a fan of conspiracy theories and thinks humans would be ''self centered'' to believe there isn't life on other planets and in areas which haven't been explored.

Talking on 'Late Night with Seth Meyers', she explained: ''I know that they're real. There could possibly be mermaids that are actually an alien species that live in parts of the Indian Ocean ... which we have never explored before as human beings. I just think it's possible.''

She added: ''Christopher Columbus saw three mermaids on his way to America so they must be real.''

Show host Seth told her she was ''very convincing'' but when she spoke about a recent documentary she'd watched about the myths, he joked: ''Was it 'The Little Mermaid?'''

He then added: ''Nothing would make me happier than mermaids being real. I'd rather live in your world than mine where I'm a cynic and I just wake up every morning and be like, 'Well, I'm not gonna see a mermaid'.''

Asked if she thought they looked like mermaids in books, she replied: ''No, they're like aliens, there's like pictures online. You can laugh at me at you want.''