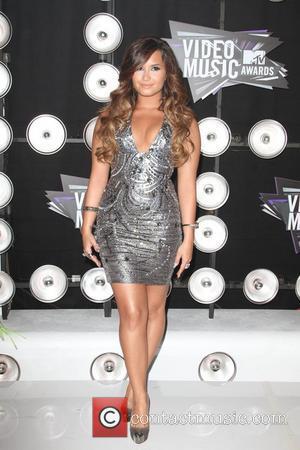 Demi Lovato and Jessica Alba were among the big winners at Saturday's (10Sep11) American Latino Media Arts (Alma) Awards.
Lovato bounced back from her recent personal troubles by claiming the favourite comedy actress on TV title for her role in Sonny With A Chance, coming ahead of her pal Selena Gomez and Naya Rivera to win the prize.
In a post on Twitter.com, she writes, "Yayyyy!!!! I can't believe it!!! Thank you guys so much!!!!!"
Other winners at the event, which salutes Latino artists in films, music and TV, included Alba, who took home the favourite drama/adventure actress trophy for her MAChete role, and Antonio Banderas, who was was named best film actor for You Will Meet A Tall Dark Stranger.
Glee star Rivera was the surprise winner of the favorite female music artist award at the ceremony, which took place at the Santa Monica Civic Auditorium in Los Angeles. Desperate Housewives was voted best TV series.
Eva Longoria and George Lopez hosted the ceremony, while Lovato, Pitbull and Gloria Estefan took to the stage to perform for the star-studded crowd.
The awards show will air in the U.S. on Friday (16Sep11).