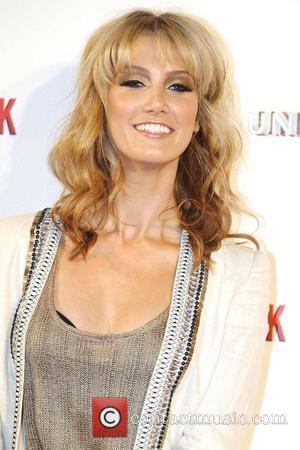 Picture: Delta Goodrem Premiere of 'Get Him to the Greek' held at Event Cinemas Sydney, Australia - 11.06.10

TWILIGHT fan Delta Goodrem will celebrate the release of the upcoming third movie by visiting the U.S. town made famous in the vampire franchise.
The Australian singer will indulge her passion for the bloodsucker series and mark the launch of The Twilight Saga: Eclipse by taking a trip to Forks, Washington - the region where novelist Stephenie Meyer set the Twilight story.
Goodrem's outing to Forks will be documented for Australian TV show Getaway, and she will visit the places said to have inspired Meyer's popular tales.
She says, "I am a huge Twilight fan and seized the chance to give viewers a great insight into where they make the movies as well as the upcoming release of Eclipse."
The episode, titled Getaway Goes to the Movies, will air in Australia on 1 July (10).