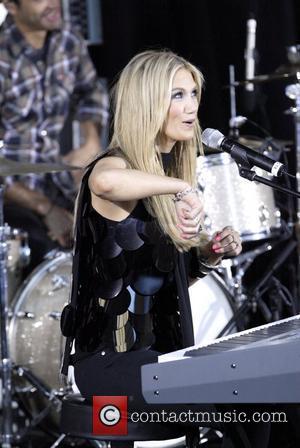 Australian pop star Delta Goodrem was left devastated after British tabloids branded her a "homewrecker" over her relationship with singer Brian McFadden. The singer began dating the former Westlife star after the breakdown of his marriage to former Atomic Kitten bandmember Kerry Katona in 2004. But Goodrem insists she was not the cause of their split and admits harsh criticism from the U.K press was the lowest point of her life. She says, "That was like the pinnacle of when I started to go 'This is not enjoyable anymore'. "I only got in this...to do music and to bring out a positive message. And I, and I felt really betrayed."