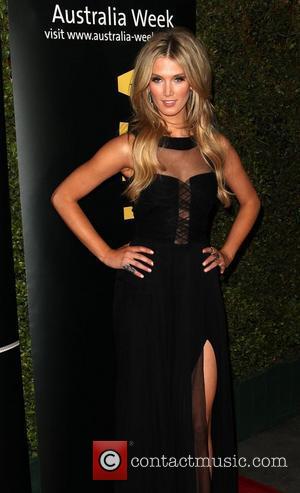 Australian pop star Delta Goodrem has sent her well-wishes to her ex-fiance Brian McFadden following news he's engaged to his girlfriend.
The former Westlife singer split from Goodrem last year (11) after seven years together and she's since moved on with Jonas Brothers star Nick Jonas.
MCFadden also put his heartache behind him by dating model Vogue Williams, and the pair became engaged earlier this month (Jan12).
Now Goodrem has congratulated her former fiance on the news, insisting she too is in a happy place.
She tells the Sydney Daily Telegraph, "I wish them the best. I am happy, it is 2012 and I am in a great space right now."