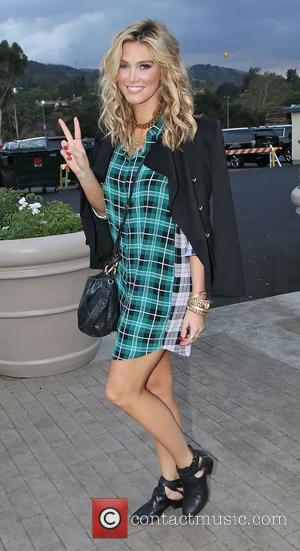 Australian singer Delta Goodrem has returned to Ramsay Street after a 10 year absence to film a cameo appearance in soap opera Neighbours.

The actress-turned-singer made her last appearance in the show in 2005, but she was back on set on Tuesday (25Nov14) to reprise her role as Nina Tucker as part of the series' 30th anniversary celebrations.

She will film a three-episode run which is due to air in 2015, exactly 10 years after she walked away from the Tv show which launched her to fame.

In a posts on Twitter.com, she writes, "I am so excited to be making a guest appearance as my character Nina for Neighbours special 30th anniversary... Look out Ramsay Street I'm back..."

Other former stars rumoured to be making a return to mark the milestone include Jason Donovan and Kylie Minogue.