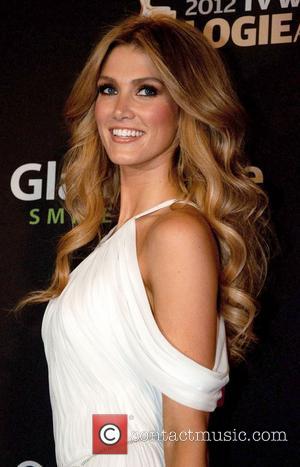 Australian singer Delta Goodrem has opened up about her 10-month romance with Nick Jonas, insisting she felt "genuine love" for the teen star.
Goodrem, 27, began dating the 18-year-old Jonas Brothers star last year (11) shortly after ending her engagement to Irish singer Brian MCFadden, but they announced their split in February (12).
The Born To Try hitmaker admits she "jumped into" the relationship with Jonas after becoming single again, but dismisses rumours it was just a rebound romance.
She tells Australia's 60 Minutes show, "I was exhilarated with the anxiety of freedom, as well. On one hand, it was a real relief. And then I jumped into another relationship that was completely different... Maybe it's that I'm interested in challenges. Maybe I'm one of these spirits who goes, 'Ooh, what is this lesson here? What am I learning here?'... There was a genuine love, definitely."