Deftones bassist Chi Cheng has passed away following a five year battle with the aftermath of a car crash.

Chi Cheng, the bassist for metal group Deftones, has died. Cheng was left in a semi-conscious state that he has never been able to escape from following a car accident in 2008, yesterday (April 14) marking the date that his suffering finally ended. His family posted on Oneloveforchi.com late last night saying that Chi had been taken to the emergency room, his mother, Jeanne Marie Cheng, wrote, "He left this world with me singing songs he liked in his ear."

This morning, Deftones frontman Chino Moreno confirmed Cheng's untimely passing on his Facebook page, although the group have yet to release an official statement relating to Cheng's passing. The Grammy-winning band reluctantly began playing again after Cheng's accident with a back-up bassist, Sergio Vega, but as a founding member of the group Cheng always remained a source of influence for the band. Cheng co-founded the band along with Moreno, Stephen Carpenter and Abe Cunningham in 1988 and he performed on their first five albums (three of which went platinum, one gold) until 2006's Saturday Night Wrist. The band had been working on new material at the time of Cheng's accident, but were forced to selve the project following his accident.

Cheng was in a coma for close to a year before achieving semi-consciousness state and as the years went by he continually made strides towards his recovery and seemed as though he may survive his crash. The website Oneloveforchi, where most updates regarding the state of Cheng's health were posted, was set up by a fan of the band to reassure other fans as well as raise money for Cheng and his treatment. It is currently offline, most likely because of the increased traffic coming onto the site since the news of his passing spread. 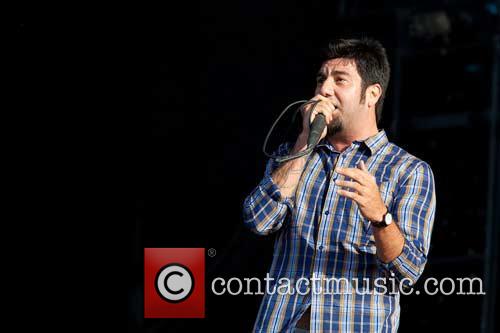 In 2008 Cheng was driving with his sister in Santa Clara, California when he collided with another car. The bassist wasn't wearing a seatbelt at the time and was thrown from the vehicle following the impact. His sister, who was wearing a seatbelt, escaped with only minor injuries. The band have released two new projects since the accident and continue to tour today.