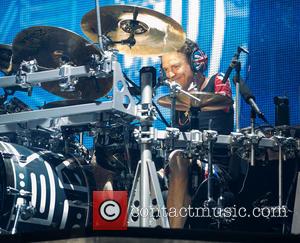 Rockers Def Leppard are planning to stage another residency in Las Vegas as soon as guitarist Vivian Campbell beats cancer.

The musician is currently undergoing chemotherapy treatment after he was diagnosed with Hodgkin's lymphoma, and frontman Joe Elliott has now assured fans Campbell is coping well.

The band's tour schedule has been scaled back so Campbell can focus on his health battle but Elliott is adamant the group will stage a second residency in Sin City once he has recovered.

He tells Billboard.com, "They've already asked (us to do the residency). We haven't said yea or nay (sic) yet, but under the right circumstances (we will)... With an 80 per cent cure rate, it's looking good, you know? There seems to be a pretty positive prognosis for recovery on this, and when we know for sure that everybody's fine and back to fitness, then the idea of going back to Vegas will become more of a reality."